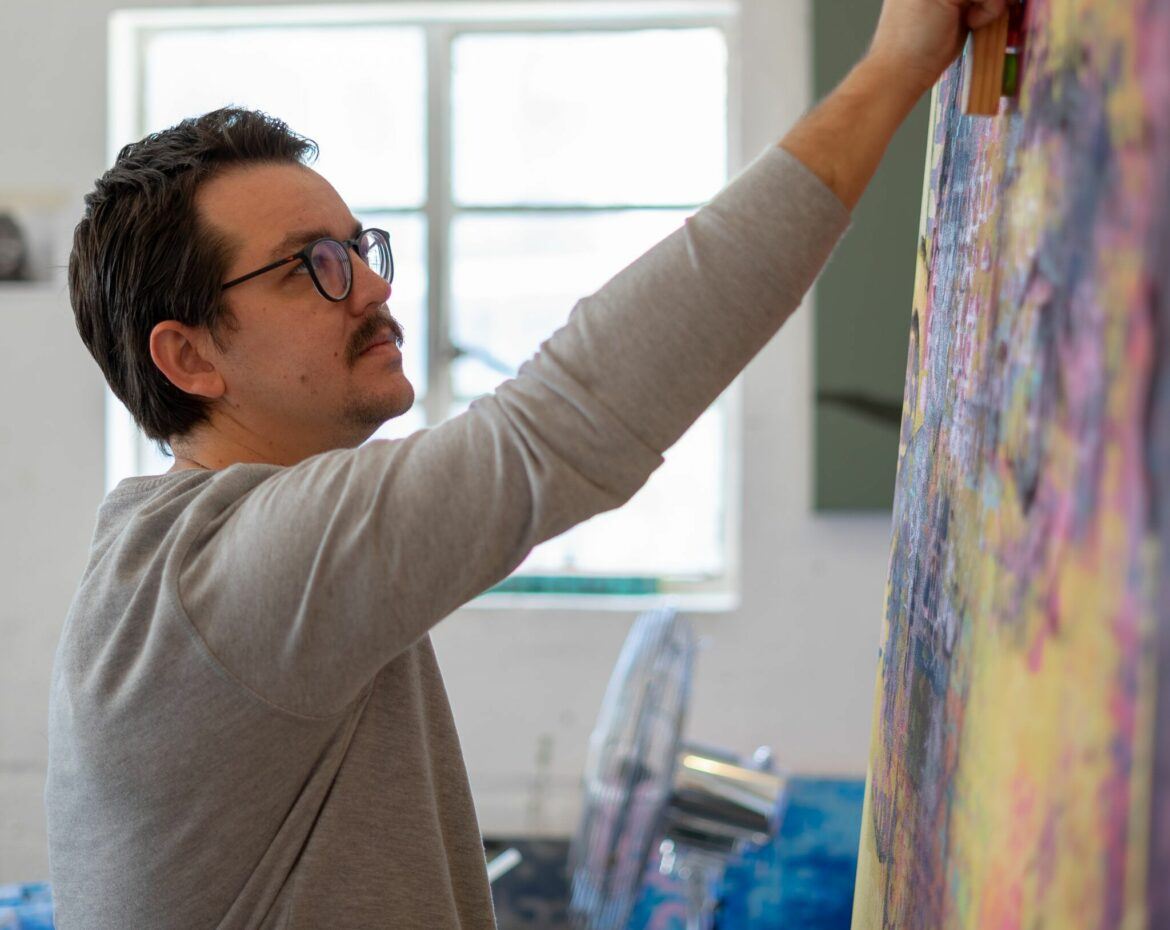 Claude Chandler is a South African artist from Cape Town. He grew up in a family of artists in the city of Durban. Amidst the many galleries and often in the company of artists, he was meant to become an artist. Chandler studied fine arts at the University of Durban. His portraits are a technological modernisation of traditional painting.

Claude Chandler started his career as a portrait painter in 2005. And that is still his basis and passion to this day. Curtailed by the creative limitations of realistic painting, Chandler went in search of something new, an approach of his own that starts a new dialogue between the viewer and the work of art.

Just as our entire world is being digitised, Chandler also reduces his works to primary information, i.e. letters and numbers. The merger all these patterns of letters and numbers then forms a whole. This technological approach sprang from his youthful fascination with computers and hacking. Artists like Chuck Close also had an important influence in the development of Chandler’s technique.

Claude Chandler modernises traditional portrait paintings into something new. He doesn’t work with a traditional brush. Chandler works with homemade letter stamps made of foam rubber. The stamping seems to be a mechanical process, but the paintings are created very organically. During this process Chandler is known to bark or cry like a wolf when frustrated or excited.

The objects in his works are often celebrities. Screenshots from films are often the starting point of his works. After all, cinematography and lighting are always optimal in films.

Claude Chandler was a finalist in the SPI Portrait Awards in 2013 and participated in numerous art fairs with two sold out solo exhibitions at WorldArt Gallery. He currently works at Side Track Studios in Cape Town, a creative collective of which he is also manager and business manager. 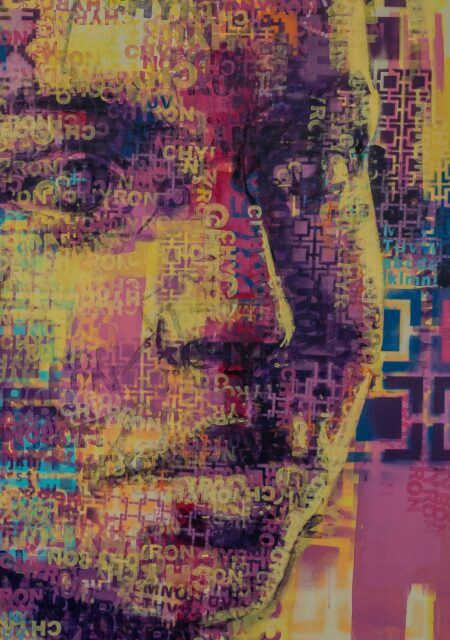 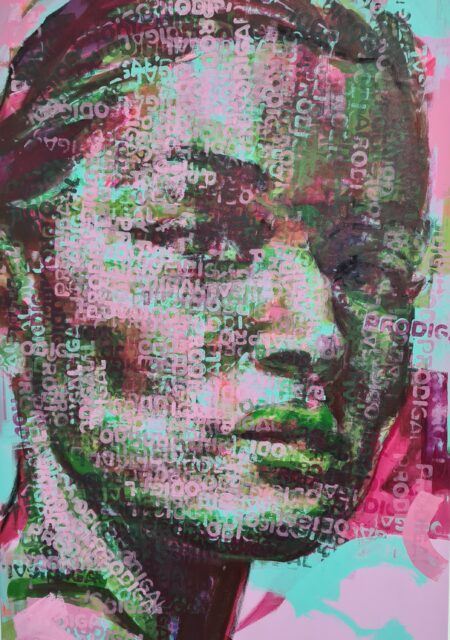 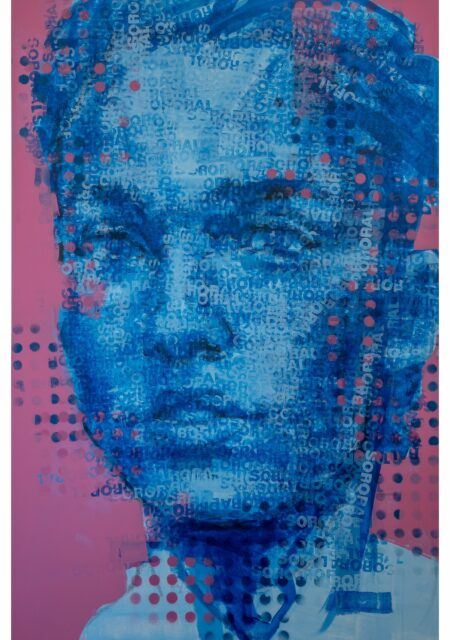 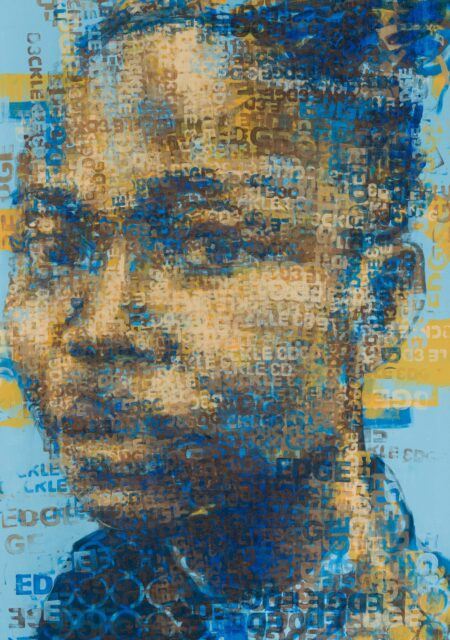 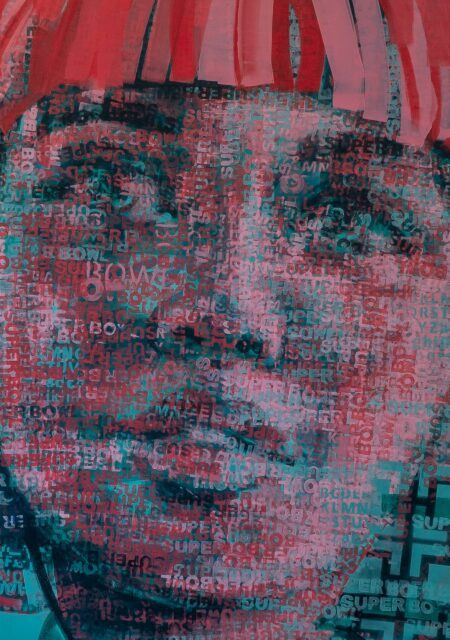 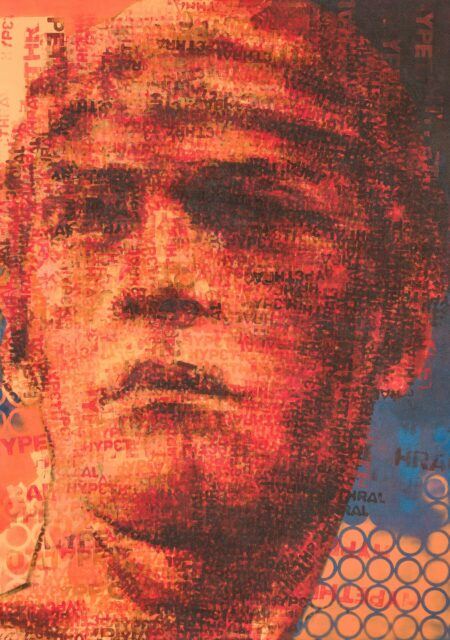 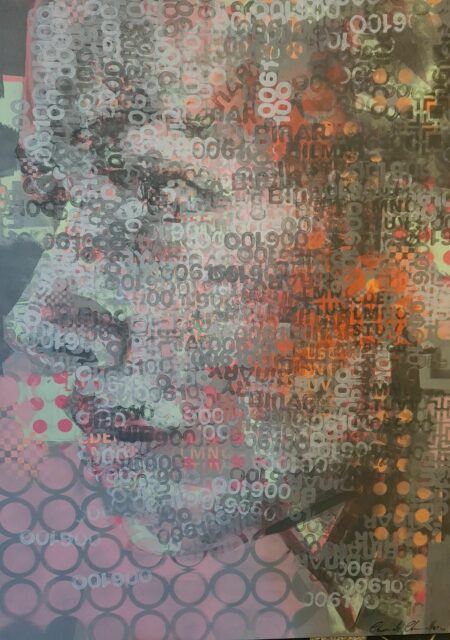 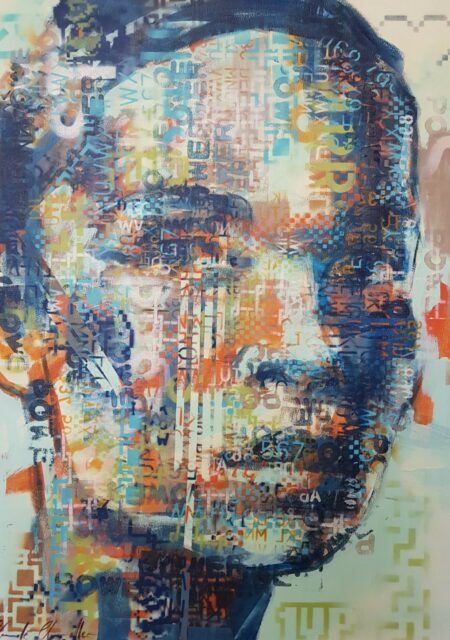