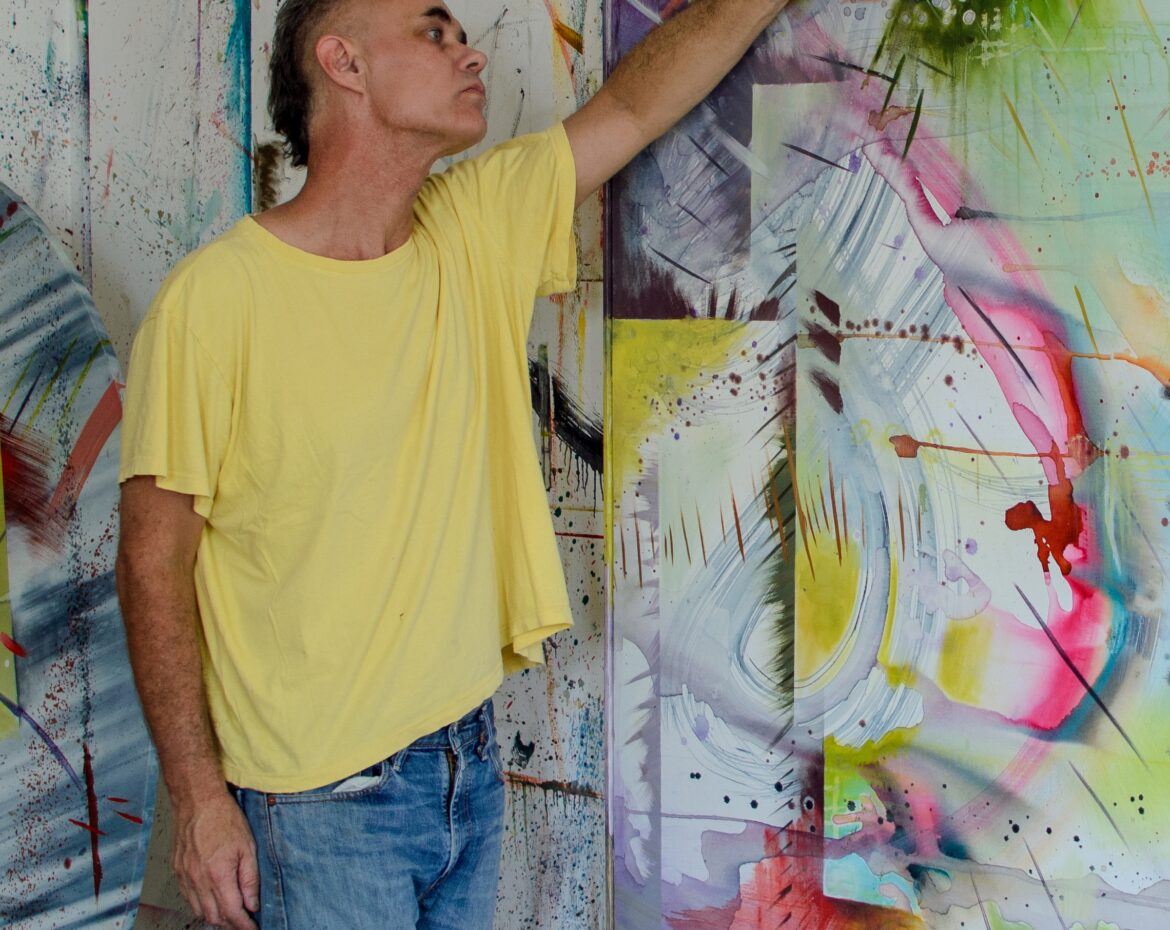 Matthew Hindley ( born 1974 ) graduated from the Michaelis School of Fine Art, Cape Town in 2002; where he was awarded the Michaelis Prize for the best final exhibition in his year.

As one of the South Africa’s most recognised emerging painters, Hindley’s intense, poetic and delving artworks have featured in various critical and seminal South African and international exhibitions. A series of solo shows charts a loose progression from figuration to abstraction. From the show “An Everlasting Once at Brundyn, in Cape Town (2011) to the transitional “The Divided Self” and climaxing with ’Double Rainbow’ (2021) mapped out the progression in his relationship with painting which evolved as a non-figurative exploration. Hindley’s practice has also maintained an interest in the possibilities of science to produce art, expressed in a number of key works.

His current abstract paintings open up the audience’s field of response, engaging a new sense of his practice and trajectory. Hindley’s engagement with technology as an ongoing endeavour, inserts an interactive realm of vision and experience. This reactivity to the present physical world is a typical feature of Hindley’s new media projects, such as “Speak naturally and continuously”, installed as a permanent artwork on the façade of the Iziko South African National Gallery. The work continuously listens to conversations in the gallery atrium, translating them into a dadaistic and poetic stream of text that runs live on a screen above the entrance.

A more recent example of his ongoing interaction with technology, is his series of electronic paintings, where a camera in the frame feeds live into the surface on the work, creating a living self portrait, or still life, that is projected through a transparent abstracted surface. As the scenes in front of the camera constantly shift, so does the work, and the viewer is confronted with the landscapes of their own contemporary existence.  The optical functioning of the electronic works also references Hindley’s series of “Rainbow Paintings’ through their mutual foundation in the splitting of light into a prism, allowing his love of paint to connect to the contemporary technological era.

“The rainbow is the expression of the infinite possibilities of colour, to the artist it’s the basis of the colour palette itself. The dispersal of white light into its component colours offers a kind of unlocking, a window into a miraculous world.” , Hindley 2021 Hindley’s interested in the ability of technology to create new realities and possibilities, has also naturally led to an interest in the blockchain. In 2021 he created a collection of 50 NFT’s , each attached to a unique physical waterolour, entitled the Trinity Series. These works are still to be launched on Opensea with the Out of Africa NFT collection alongside other blockchain projects which are also currently in development. 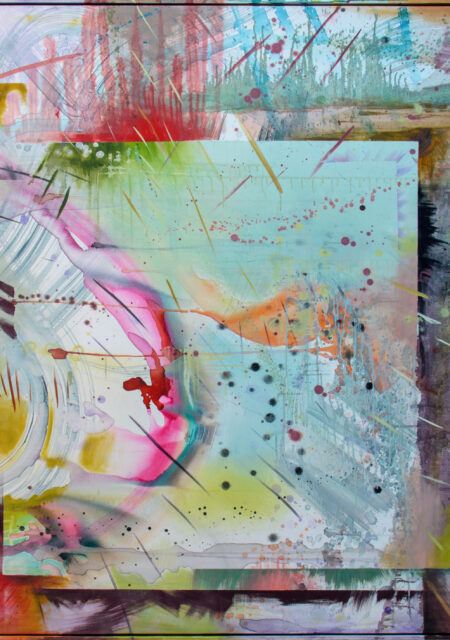